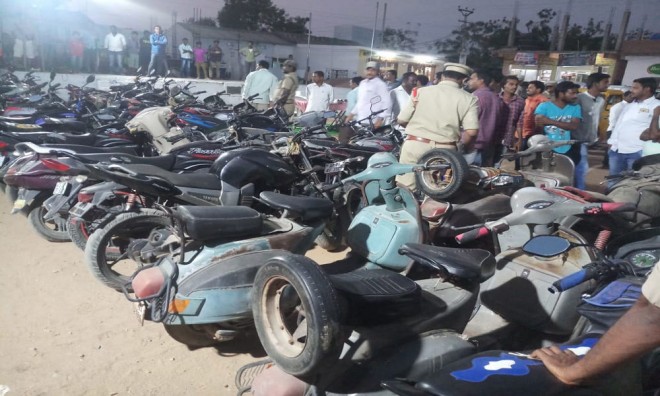 Yadadri, Mar 21: The police under the supervision of Bhongir zone Deputy Commissioner of Police Narayana Reddy has conducted a cordon and search operation at Laxman Nagar, Sai Nagar, Weavers Colony and Madava Reddy junction in Bhoodan Pochampally mandal headquarters in the district on Wednesday evening.

He advised the people to cast their votes without fear and urged them to inform the police about the illegal activities to reduce the crime rate in the district.