Gang rape on 15-year-old girl in UP 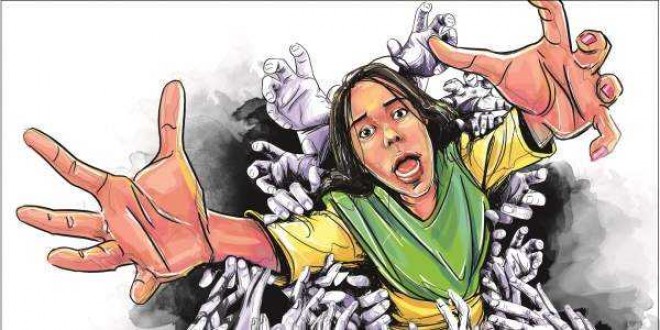 Bulandshahr, Mar 13: A teenage girl was raped in a car by four men on Sunday while she was returning from a marriage ceremony from Uttar Pradesh's Bulandshahr. The 15-years-old girl is critical and admitted in a hospital.

According to the information from the police, a medical examination confirmed that the girl was raped. However, no arrests have been made so far. Two people have been confined and they are being questioned.

The girl was kidnapped from the road while she was on her way back home with her brother on motorcycle. The accused first hit the motorcycle with their car. As the duo fell down, the men beat the brother, tied him up and pushed him into a field. The men kidnapped the girl and drove away.

After 24 hours, the girl was found about 3 km away from the spot where she was kidnapped. The girl's brother informed that at least three men were carrying guns and robbed him before assaulting him and kidnapping his sister.

N Kolanchi, Bulanshahr police chief said, "The girl is still not totally conscious. We want to speak to her and move further in the case. We will make arrests soon and efforts are on to recover the car."

A case under relevant sections has been registered and further investigation is underway.