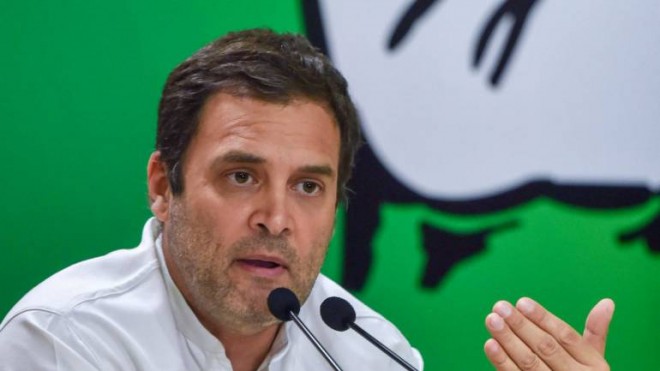 New Delhi, Mar 12: Congress is all set to launch its 2019 Lok Sabha poll campaign from Prime Minister Narendra Modi's bastion Gujarat today. The principal opposition party has charted out a day-long program - which is fully loaded with a "political message" in Ahmedabad and Gandhinagar.

Congress has zeroed in on March 12 - which marks the anniversary of famous Dandi March by Mahatma Gandhi.

The prayer meeting will be followed by a small roadshow where all the prominent leaders of the Congress including party chief Rahul Gandhi will ride in buses to Sardar Patel National Memorial in Ahmedabad to attend the Congress Working Committee meeting. This CWC is also significant as it will be Priyanka Gandhi Vadra's first meeting of the committee as the party's newly appointed General Secretary.

The CWC will be followed by a public meeting at Trimandir in Adalaj, Gandhinagar where patidhar leader Hardik Patel will officially join the Congress.