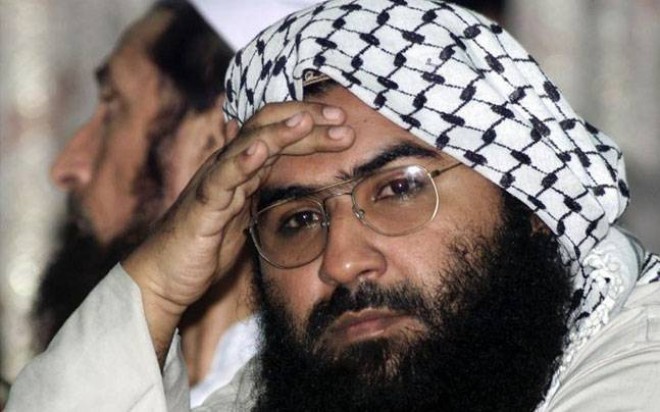 Declaring, The leader of the terrorist organization Jaish-e-Mohammed Masood Azhar as a global terrorist is the demand many countries are asking from the time Pulwama attack took place. Now, this decision is going to be taken by the United Nations Council (UN Council). In this regard, Foreign Secretary Vijay Gokhale will meet with American Foreign Minister Mike Pompeio on Monday.

In his meeting, the Pulwama intensive attack is going to be an important issue and there will be a discussion on bilateral, regional and global issues of mutual interest between the two countries. It is expected that the United Nations Council can take a decision on Wednesday, March 13. With the current situation between India and Pakistan, India got the support of countries like the USA, UK and France against Jaish Masood Azhar.

The three countries presented a proposal to blacklist the leader of the Jaish-e-Mohammed terrorist Masood Azhar at the United Nations Council on Wednesday. It is said in the proposal that Jaish-e-Mohammad had attacked the CRPF in Kashmir.

This is the third attempt to include Jaish-e-Mohammad's gangster Masood Azhar on the UN terrorist list. Before this, China has strained twice in the year 2016 and 2017 to ban terrorist Masood Azhar. At the same time, the terrorist organization had added itself to the terror list in 2001. The United Nations Council has 10 days to consider the request of the three countries.

It is worth mentioning that the terrorist organization Jaish-e-Mohammad took responsibility for the terrorist attack on CRPF convoy on February 14 in Pulwama, Jammu and Kashmir. In this terrorist attack, 40 CRPF Jawans were martyred, while many others were also injured. After this, India crossed the LoC and demolished the terror camps of Jaish-e-Mohammed in Balakot with Mirage-2000. In the attack, the Indian Air Force used to stack 200-300 terrorists using one thousand kg of bombs.