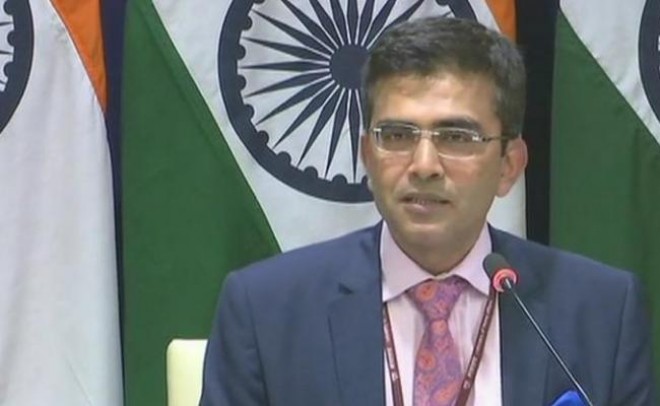 New Delhi, Mar 9: In a strong statement against Pakistan, the government today said that Islamabad has not shown serious intent to address the concerns of India and the international community when it comes to reining in terror groups operating from its soil.

"It is regrettable that Pakistan still continues to deny Jaish-e-Mohammed's own claim of taking ownership of Pulwama attack. Pakistan foreign minister said, 'they (Jaish-e-Mohammed) have not claimed responsibility of the attack, there is some confusion' Is Pakistan defending the JeM?," asked the ministry of external affairs spokesperson Raveesh Kumar said in a press briefing.

"If Pakistan claims to be a naya Pakistan (new Pakistan) with a nayi soch (new thinking), it should demonstrate naya action (new action) against terror groups operating from its soil," Kumar said.

Kumar also said that the United States is examining Pakistan's use of F-16 fighter jet aircraft against India.

"There are eyewitness accounts and electronic evidence that Pakistan deployed F-16 aircraft and that one F-16 was shot down by Wing Commander Abhinandan. We have asked the US to also examine whether the use of F-16 against India is in accordance with terms and conditions of sale," Kumar said.