Kovai Sarala made her political entry 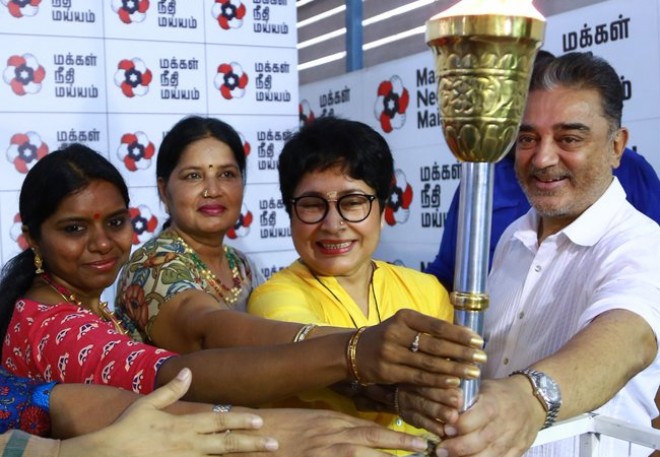 The actress interacted with the media after foraying into politics. When questioned by the media on whether she will be contesting the upcoming Lok Sabha polls, Kovai Sarala said.

"I will work for the MNM Party as per the directions of veteran actor Kamal Hassan".

Meanwhile, addressing the crowd, actor Kamal Haasan said that neither his daughter nor his brother-in-law would take over the party after his time. The was an obvious dig at the Dravida Munnetra Kazhagam and the Desiya Murpoku Dravida Kazhagam. While the DMK is being led by MK Stalin, the son of late party president M Karunanidhi, the current deputy general secretary of Vijaykanth's DMDK is LK Sudish, his brother-in-law.

This statement comes after the clash between the DMK and DMDK regarding seat-sharing for the upcoming 2019 elections.