Kashmiris are, were and will remain our people: Home Minister 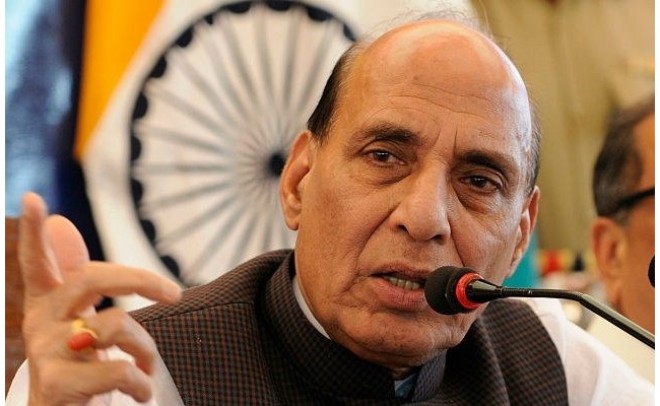 Beawar, Mar 8: Home Minister Rajnath Singh reacts to the attack on Kashmiri street vendors in Lucknow on Wednesday, in which the attacker has been arrested. Addressing a rally in Beawar, Rajasthan, Singh said, "I want to convey a message to the entire country, I have heard of a few incidents against Kashmiri children. Kashmiris are, were and will remain our people. I have requested chief ministers of all states that Kashmiri students must be protected and loved."

Two Kashmiris selling dry fruit were thrashed by a group of saffron-clad men in Daliganj locality in Lucknow, following which four persons have been arrested, police said on Thursday. The incident took place Wednesday evening, the latest in a series of cases in which Kashmiris across the country were targeted after the Pulwama terror attack.


The assault on the Kashmiri vendors, which was caught on camera, was strongly condemned by Omar Abdullah and Mehbooba Mufti, former chief ministers of Jammu and Kashmir.

Several Kashmiris living outside the state have claimed they were harassed and attacked in the immediate aftermath of the Pulwama terrorist in which 40 Central Reserve Police Force men were killed.