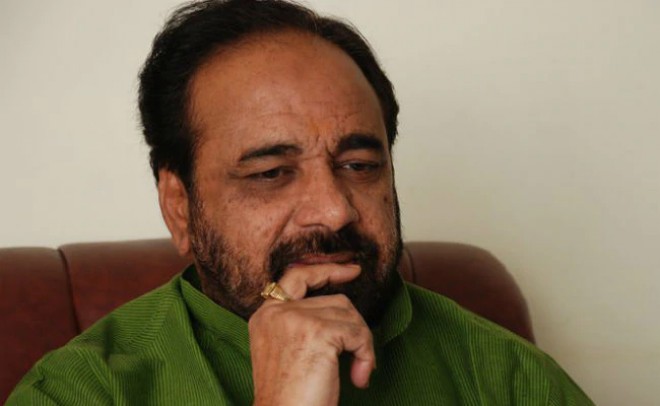 Sagar: Senior BJP leader Gopal Bhargava on Friday launched a scathing attack on Digvijaya Singh of Congress for calling the Pulwama attack an "accident" and said Singh is suffering from a "venereal disease".

Bhargava is the Leader of the Opposition in Madhya Pradesh Assembly.

The former Madhya Pradesh Chief Minister, who has made controversial statements in the past, had also questioned the casualty claim in the February 26 strike in Balakot in Pakistan and asked Prime Minister Narendra Modi to come clear on it.

"Prime Minister, some ministers of your government say 300 terrorists killed, BJP president says 250 are killed, Yogi Adityanath says 400 people were killed and your minister SS Ahluwalia says that no one died. And you are silent about this issue. The country wants to know who is a liar in this," Singh had said.