SC to take decision about mediation in Ayodhya Case 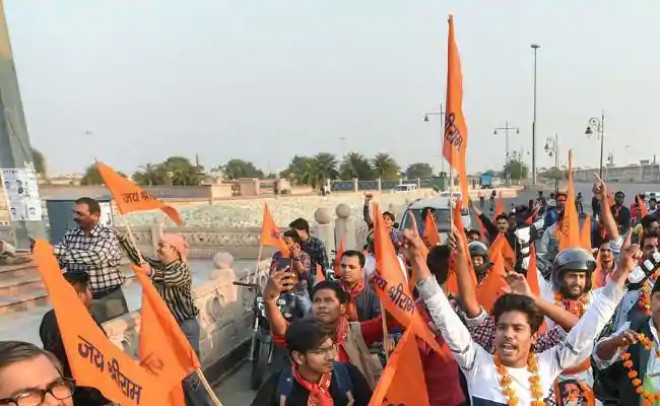 Hindu bodies except Nirmohi Akhara have opposed the suggestion of the apex court to refer the issue for mediation, while Muslim bodies have supported it.

The bench, also comprising Justices S A Bobde, D Y Chandrachud, Ashok Bhushan and S A Nazeer, had concluded the hearing by asking stakeholders to give the names of possible mediators.

The bench had said it was conscious of the gravity and impact of the issue on 'public sentiment' and also on 'body politics of the country'.

It has also said that the judges were aware of the history and was seeing that the dispute is resolved amicably as 'It is not only about the property. It is about mind, heart, and healing, if possible'.

The bench had also said it was not appropriate to pre-judge that the mediation would fail and people would not agree with the decision.

"We are conscious about the gravity of the issue and we are also conscious about its impact on the body politic of the country. We understand how it goes and is looking at minds, hearts, and healing if possible," the bench said.

Fourteen appeals have been filed in the apex court against the 2010 Allahabad high court judgment, delivered in four civil suits, that the 2.77-acre land in Ayodhya is partitioned equally among the three parties -- the Sunni Waqf Board, the Nirmohi Akhara and Ram Lalla.