Omar asks PM to show his words have weight 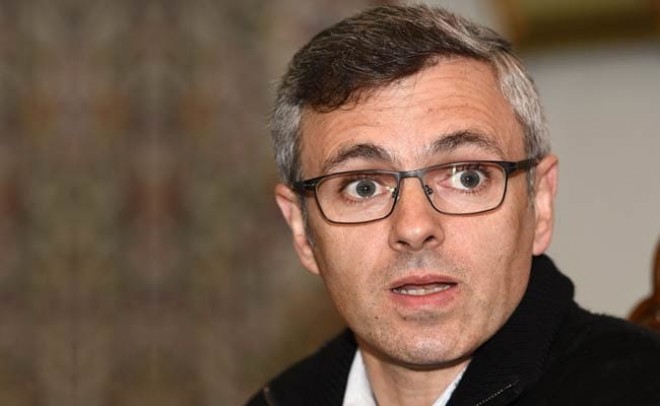 Srinagar, March 7: Omar Abdullah asked Prime Minister Narendra Modi to prove that his words have heft and are implemented on the ground following an assault on two Kashmiris in Lucknow in Uttar Pradesh. He said Lucknow-like incidents hurt the idea of India.


Two Kashmiris selling dry fruit were thrashed by a group of saffron-clad men in Lucknow Wednesday evening, following which four persons have been arrested.


"What message do they (attackers) want to convey? What do they want to tell us? That this state is theirs but not its people, that Kashmir will remain part of India, but not Kashmiris? When accession (with the Union) took place, it was not only about land but its people as well.

"You own the land, but not its people, then how do you even think that the people here will say yes they are your integral part. Just owning the land is not enough, you have to own the people here," Abdullah said.


He was addressing a function in Srinagar where former PDP MLA Mohammad Shafi Wani joined the National Conference. Referring to prime minister's speech in the Tonk area of Rajasthan last month where he asserted that "our fight is for Kashmir, not against Kashmiris", Abdullah said either his words were not being implemented or they were just a "jumla". "You (PM) have to prove whether your words have weight or not, you have to prove that when you talk as the PM of this country, your words are implemented or not, you have to prove that the political structure you have grown up in, learned politics from and, to some extent, lead, whether you have your say or not in that structure," the former Jammu and Kashmir chief minister said.