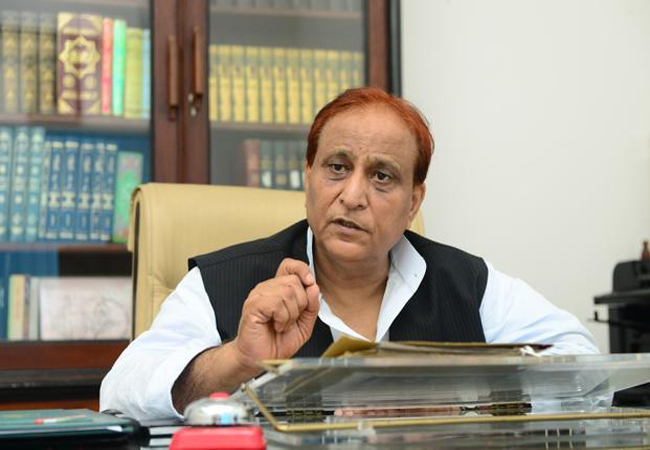 Lucknow, Mar 07: Samajwadi Party MLA Abdullah Azam Khan on Thursday accused the BJP of harassing Muslims so badly that they were left with only two options: give up Islam or join the Bharatiya Janata Party (BJP).

Irked at the demolition of 'Urdu Gate' in Rampur by the Uttar Pradesh government, the MLA said: "Atrocities on Muslims have reached an unbearable level."

He slammed Rampur District Magistrate Aanjaney Kumar Singh for blindly following the BJP government's orders. "He will do all that is possible to harass Muslims in the constituency," Khan said.

The MLA is a first time legislator and son of senior party leader Azam Khan. The Urdu Gate was built during the previous Samajwadi Party regime.

On Wednesday, the structure was razed to the ground in three hours using six bulldozers, prompting the sharp reaction. Officials contested that the gate built on the road leading to the Jauhar University was built in haste and violated rules.