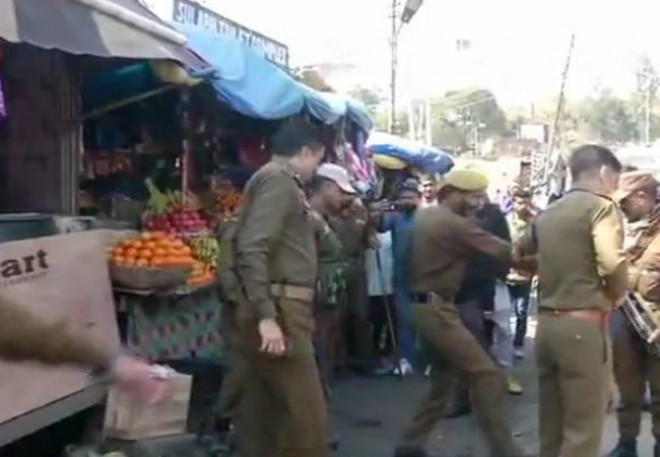 Sri Nagar, Mar 07: A grenade explosion has taken place inside a bus at the bus station in Jammu. Around 8 people have been injured. It is unclear if there were people inside the bus. People have cordoned off the area.

Visuals showed security personnel guarding the area as a large number of locals gathered around the site of the blast. The injured have been taken to the hospital.

"I thought it was a tyre burst. it was a big blast. The locals took the injured to the hospital in an ambulance," an eyewitness told. Police have reached at the site of the blast and cordoned off the area. More details are awaited.