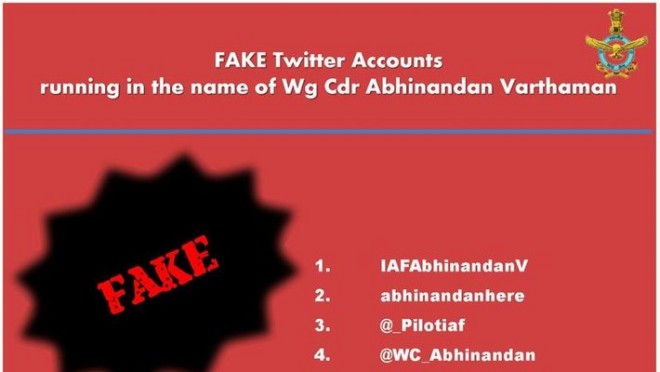 New Delhi, Mar 06: IAF Wing Commander, Pilot Abhinandhan Vardhamaan said to be a youth icon in the nation. People following Abhinandhan hairstyle, Mustache and sarees with his photo print has been increasing timely.

It is true that some people have created fake accounts in the name of Abhinandan and have been posting the posts, and the fact is that Abhinandan has no account in social media so far, tweets Indian Air Force.

Informing people to be careful with reagard to the Wing Commander accounts. The IAF said in their tweet that they are fake accounts in the name of Abhinandhan