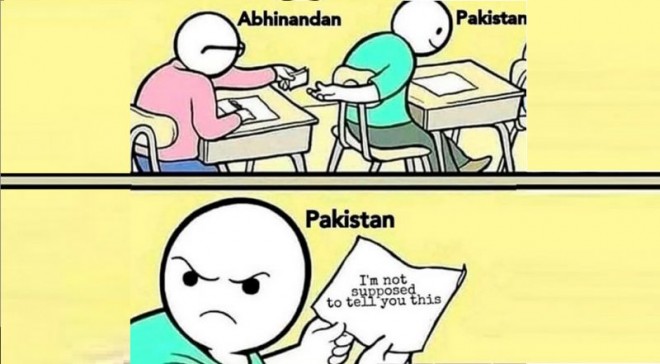 'Abhinandan' can be seen passing a chit to 'Pakistan'. In the second frame of the meme, when 'Pakistan' opens the chit, it read, "I'm not supposed to tell you this". The line is from the video posted by Pakistan when Abhinandan was under the captivity. In the video, when Pakistani authorities asked Abhinandan, "What was your mission",

Abhinandan replied, "I'm not supposed to tell you this." Abhinandan's bold reply during his capture in Pakistan won heart on the internet. Soon after the meme was uploaded by the Union Minister, the Internet was not able to tact the calm and set the internet on fire