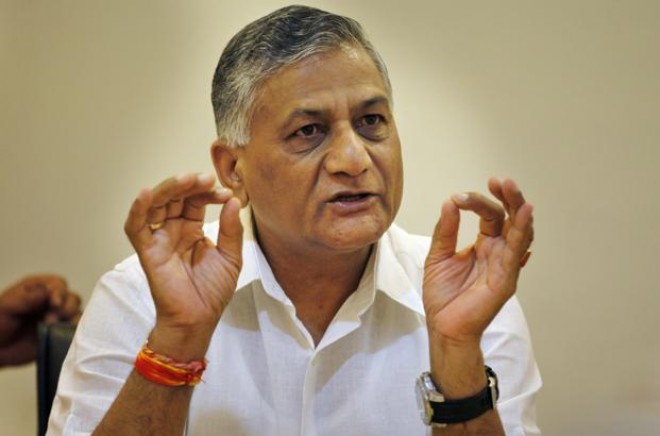 New Delhi, March 6: Days after IAF Chief made a controversial statement where he said Air Force does not keep count of casualties, Union Minister VK Singh on Wednesday used a mosquito metaphor to address the number of casualties killed at night while others slept in comfort.

Answering a question on casualties reported in the Balakot air strikes he asked was he expected to sit and count how many he killed at night.

This is not a game of marbles where an exact score can be kept but indeed "there were a lot of mosquitoes at 3:30 am at night. So, I used Hit (mosquito repellent) on them," he replied.

"Now, should I sit and count how many mosquitoes I killed or sleep in comfort," Singh tweeted on Wednesday.

Earlier on Tuesday, Haryana minister Anil Vij had tweeted a similar comment. "The next time there is a strike on Pakistan-based terrorists, then one of mahagathbandhan leaders should be made to stand there so that they can count the bodies," he said.