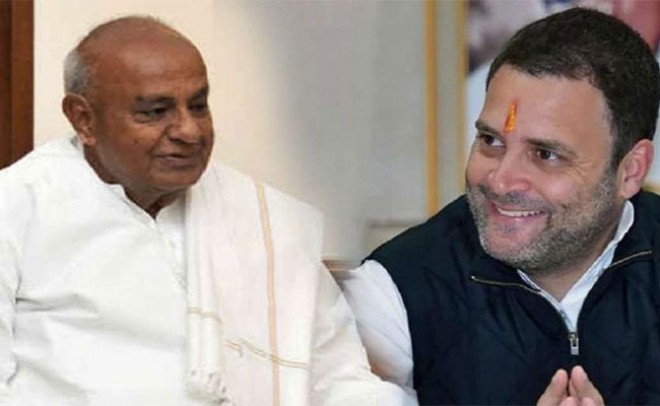 Bangulore, March 6: Congress Chief Rahul Gandhi and former Prime Minister and Janata Dal leader HD Deve Gowda in Delhi on Wednesday. They had discussed about the seat sharing in the upcoming Parliament Elections.

Deve Gowda had stated that they had agreed to join with the Congress party to face the Lok Sabha elections. He also said that the two parties soon announce the seat-sharings.

Earlier, Chief Minister Kumaraswamy had said that, if the Congress and JDS alliance won at least 20-22 seats in the state, then a Kannadiga could once again become the next Prime Minister of the state. There are 28 Lok Sabha seats in state, out of the BJP currently holds 16 seats, while the Congress hold 10 and JD holds 2 seats.