VK Singh:Tie them to jets so they can count the casualties 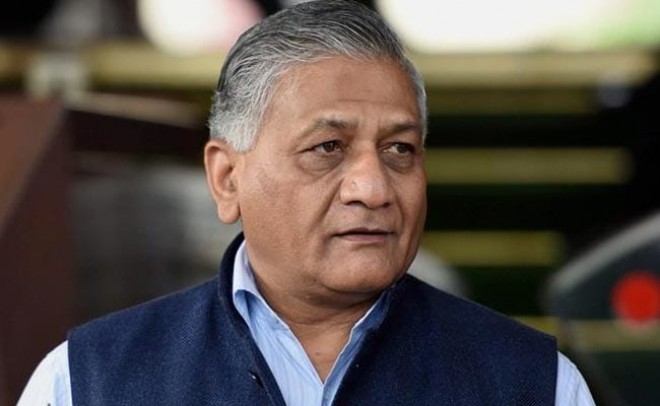 
The Union Minister's comment comes after the opposition raised questions on the opacity on the number of casualties in the Balakot air strike. The government has offered no numbers on the deaths, except for the MEA statement on a 'large number of casualties' in the air strike on the Jais-e-Mohammed terror camp in Pakistan. BJP president Amit Shah's figure of 250 deaths remains unsubstantiated.


VK Singh also hit out at senior Congress leader Digvijaya Singh for terming the ghastly Pulwama terror attack an "accident" and asked him whether the assassination of former Prime Minister Rajiv Gandhi was a terror incident or just an "accident"."With due respect, I would like to ask Digvijaya Singh Ji, was Rajiv Gandhi's assassination an accident or a terror incident? Let him answer this first," VK Singh, who is Minister of State for External Affairs, had said.