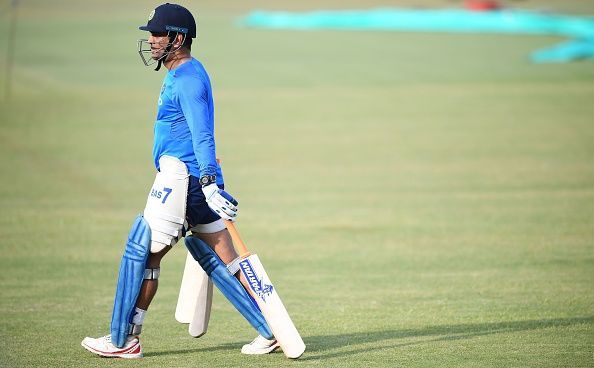 Hyderabad, March 02: Typical Indian wicketkeeper MS Dhoni could be a doubtful starter for the first ODI against Australia, after suffering an injury to his forearm during practice a day before the game at Hyderabad Uppal Stadium.

According to the details, The 37-year-old was reportedly hit by a delivery that bounced higher than expected and struck his right forearm, during a throwdown session by specialist Raghavendra at the Rajiv Gandhi stadium.

According to media, the pain was visible on Dhoni's face, and he was forced out of the practice session, not taking any further part.

If Dhoni sits out of the playing XI for the game in Hyderabad, India has the option of handing the keeping gloves to Rishabh Pant. Since Dinesh Karthik is not part of the ODI squad, the other backup option is KL Rahul, although he hasn't kept in one-day cricket as a specialist.