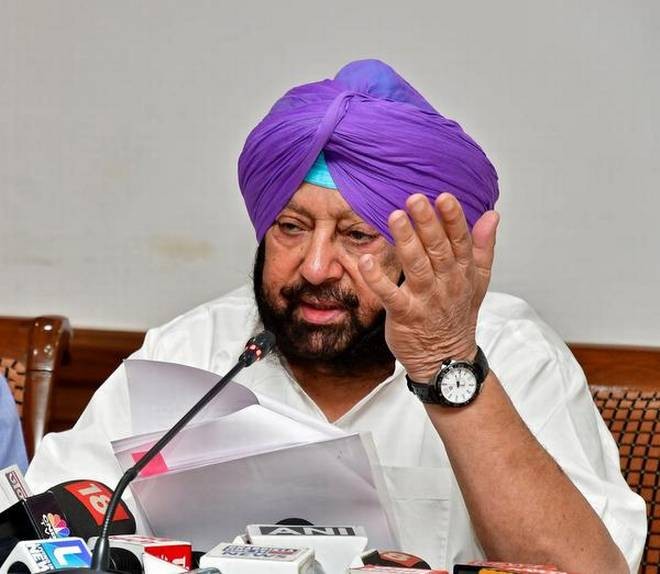 The Congress leader tweeted his request to Prime Minister Narendra Modi after Pakistan PM Imran Khan's announcement that the IAF pilot would be released on March 1.

"Dear @narendramodi Ji, I'm touring the border areas of Punjab & I'm presently in Amritsar. Came to know that @pid_gov has decided to release #AbhinandanVartaman from Wagha. It will be an honor for me to go and receive him, as he and his father are an alumnus of the National Defence Academy as I am," Singh wrote.

Varthaman's MiG 21 was shot and he bailed out after bringing down one Pakistani F-16 fighter during a dogfight to repel a Pakistani attack on Wednesday morning. He has been in Pakistan since then

The chief minister later said it was a spontaneous gesture on his part and a desire that came from his heart, given the prevailing situation.

Amarinder had earlier, in an informal interaction with media persons in Jalandhar, welcomed the announcement of the Pakistani prime minister and termed the decision to release Abhinandan a goodwill gesture that could help ease the tensions at the border.

Following reports of the IAF pilot’s capture by Pakistan, the chief minister had urged the Indian government to take all possible steps to secure his early release. He had also urged Pakistan to ensure the officer’s safety and wellbeing as per the Geneva Conventions.