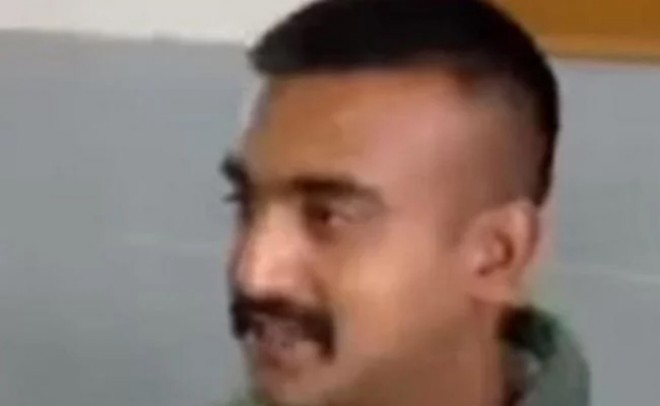 New Delhi, Feb28: Wing Commander Abhinandan Varthaman, who was captured in Pakistan after his MiG-21 Bison crashed on Wednesday, is a part of Indian Air Force's 51 Squadron, called Sword Arms and based in Srinagar.


Before the Indian government confirmed his identity late in the evening, videos released by Pakistani government sources showing him in captivity had led journalists to his family home and a television show featuring him had been dug up.


The officer had appeared on the Jai Hind show on NDTV Good Times in 2011. Then a flight lieutenant who flew Sukhoi-30, he was asked what it takes to be a good Sukhoi pilot and replied: "Bad attitude". He also said: "I trust Dusty (his co-pilot) with my life, and he trusts me with his. That's our training. And this is blind faith. No two ways about it."


In the videos released on Wednesday, the wing commander is seen being rescued by the Pakistan Army from villagers assaulting him in a rivulet. He was later seen with his face bloodied. In a video where he is blindfolded, he says: "My name is Wing Commander Abhinandan. My service number is 27981. I am a flying pilot. My religion is Hindu."


Questioned further, he replies: "Sorry, Sir. That's all I'm supposed to tell you.'Another video shows him drinking tea and being interviewed by a Pakistan Army major. He praises an army captain who saved him from the mob, and says: "I would like to put this on record and I will not change my statement if I go back to my country also, the Pakistani army has looked after me very well and they are thorough gentlemen."