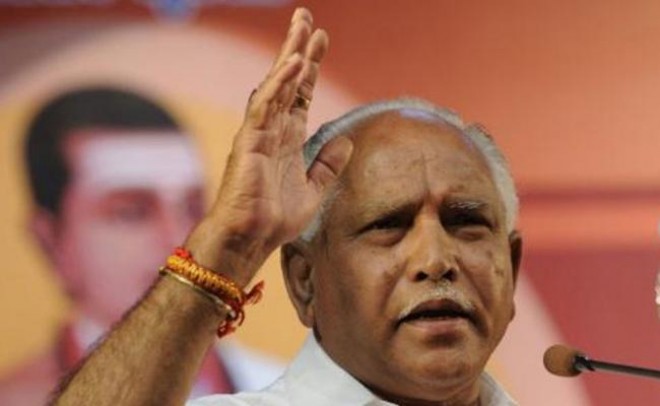 New Delhi, Feb28: Karnataka Bharatiya Janata Party chief BS Yeddyurappa on Wednesday said that India's 'preemptive' strikes on terror camps in Pakistan have created a wave in favor of Prime Minister Narendra Modi and will help the party win over 22 of 28 seats in the state in the coming Lok Sabha polls.

"The atmosphere....day by day the wind is increasingly blowing in favor of the BJP. Yesterday's (Tuesday's) action of destroying terror hideouts by entering inside Pakistan has resulted in a pro-Modi wave in the country, the results of which can be seen in coming Lok Sabha polls," Yeddyurappa said on Wednesday in Chitradurga.

"It has enthused youths; all this will help us in winning more than 22 Lok Sabha seats (in Karnataka)," said the former chief minister.

The BJP has 16 parliamentary seats in Karnataka, the Congress 10 and Janata Dal-Secular 2.

Yeddyurappa's comments may add fuel to the opposition's allegation of "blatant politicization" of the sacrifices of the armed forces by the "leaders of the ruling party (BJP)."