Pak claims missing Pilot to be in their custody 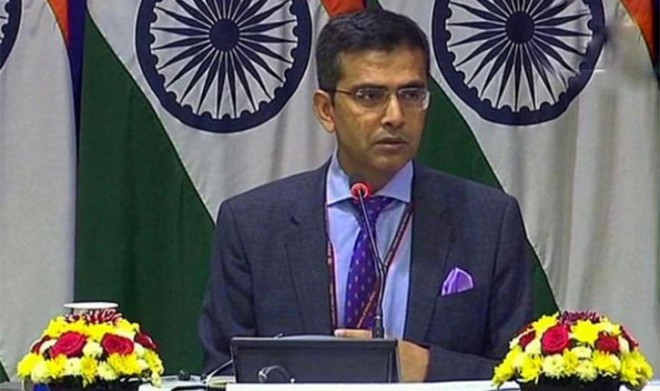 New Delhi, Feb 27: The Ministry of External Affairs has confirmed that an Indian pilot is missing in action after a Mig-21 Bison fighter plane was lost while engaging with Pakistani jets after they violated Indian airspace. Pakistan military has, however, claimed to have captured two Indian pilots, saying one of them was in a hospital. MEA spokesperson Raveesh Kumar added that Pakistani planes targeted military establishments in Jammu and Kashmir, but were forced to retreat by alert Indian forces. "Pakistan claims he is in their custody. We are ascertaining the facts," Kumar said.

Pakistan has claimed that it has taken Wing Commander Abhinandan Vartaman into custody, hours after the Pakistan Army said it shot down two Indian military aircraft over its air space and arrested two pilots. However, MEA has said that one pilot has been missing and they are ascertaining the fact.

India had earlier today shot down a Pakistani F-16 jet that violated the Indian air space in retaliatory fire 3km within Pakistan territory in Lam valley, Nowshera sector. Pakistan had claimed to have entered the Indian airspace and dropped bombs. Senior government officials said there were no reports of any casualty. A parachute was reportedly seen when the Pakistani jet went down but the fate of the pilot is unknown.