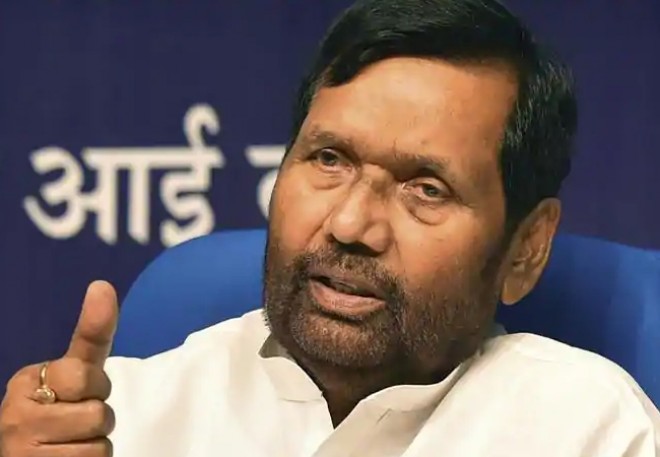 New Delhi, Feb 27: BJP ally Lok Janshakti Party chief and Union Minister Ram Vilas Paswan on Wednesday said that the country is fully safe in the hands of Prime Minister Narendra Modi as was reflected in the air strikes against the biggest training camp of the Jaish-e-Mohammed (JeM) at Balakot in Pakistan.

"India is fully safe in the hands of Modi and no strategy of Pakistan will work against the country," Paswan said to the media.

Paswan also added that the air strikes were the best option in the national interest. "We had acted against terror, we will not tolerate it anymore."

Paswan recalled that Modi during his visit to Bihar on February 17 had said thrice that there was "fire" in his heart over the Pulwama attack that killed 40 CRPF troopers, that is burning inside the heart of the people as well.