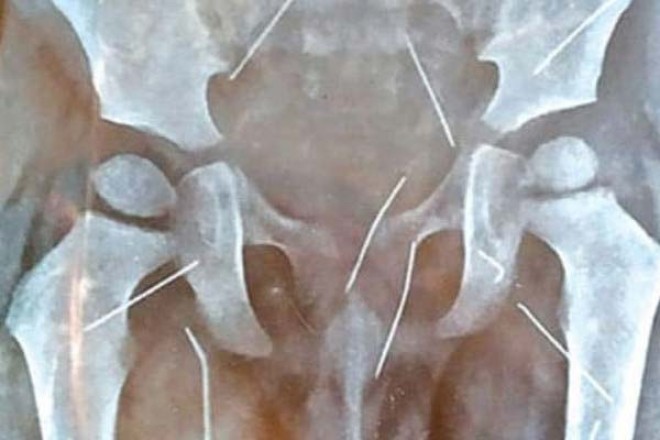 Every one left in shock after 11 needles were found inside the body of a three year old child. The needles were found inside his lower back and in private parts.A 3 year old boy was complaining pain and he was ill from past 5 to 6 months. When his mother was giving him bath she noticed a needle coming out from his muscle. When the doctor suggested a X-ray and when the report came out everyone were shocked. Needles were mainly around his pelvic region. Doctors removed 8 needles and 2 more yet to be removed as they were in sensitive parts doctors asked for more time. Police officials said that the toddler is being treated at Sudha hospital in Wanaparthy. Parents lodged a complaint on suspects. Locals suspects of black magic.