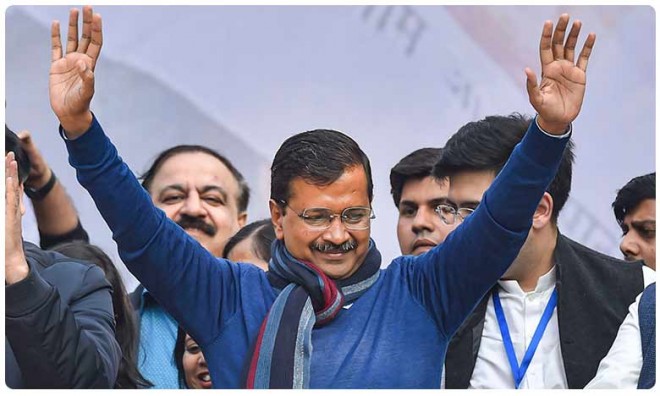 Arvind Kejriwal is likely to be sworn in as the chief minister of Delhi on February 16 for the third time at the Ramlila Maidan, sources said on Wednesday.

Kejriwal's oath taking ceremony at the Ramlila Maidan also assumes significance as it was from this ground that he along with Anna Hazare led a massive anti-corruption agitation. He has taken oath as the chief minister twice before at the same venue.