Consumers no hurry for onions now!! 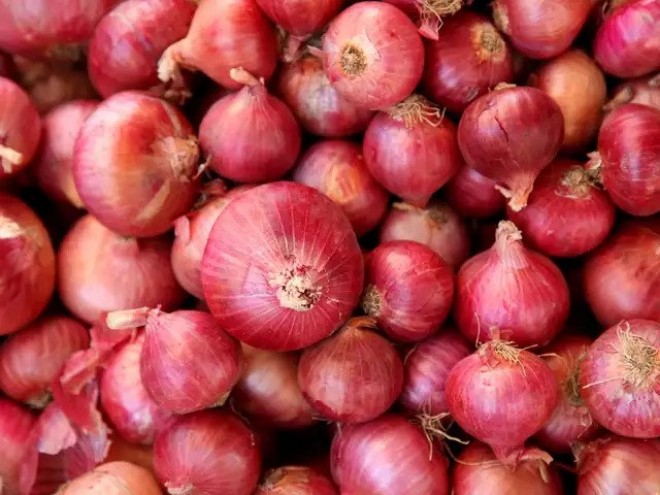 After remaining a cause of constant bother for consumers for nearly three months, onion prices are no longer a hot topic in tail end Chittoor district, though being sold at Rs. 100 for 3 kg, as against Rs. 240 a kg in November first week. In spite of the vast difference in price and availability of good quality onions, it seems the consumers are in no hurry to stock them.

The onion prices took a sudden jump in October from below Rs. 20 a kg to Rs. 60. In a couple of weeks, the price crossed Rs. 100 a kg, and went up to Rs. 240. With the intervention of the vigilance and marketing officials, the prices eased a bit but onions kept trading at Rs. 140 a kg till the first week of January. Later, the prices fluctuated between Rs. 80 and Rs. 60 till the last week.

All of a sudden, vendors have hit the roads and streets selling onions at Rs. 100 for 3 kg in the past four days. They have been procuring the stocks in bulk from Kurnool and surrounding areas, and hawking it in streets and at arterial junctions of Madanapalle, Chittoor, Palamaner, Puttur, Nagari and Srikalahasti. However, the recorded announcements on public address system like Rs. 3 kg onions for Rs. 100 have largely failed to enthuse buyers, who, observers say, expect the prices to fall below Rs. 20 a kg by month end.

Meanwhile, consumption of onions has not yet reached liberal proportions in the kitchens, both at homes and hotels. The onion crisis came as a first of its kind in tail end Chittoor district. While a majority of families had drastically cut consumption, hoteliers resorted to alternative measures with cabbage and garlic, and avoiding certain dishes. This development had also indirectly impacted the meat, poultry and fish business.

Assistant Director (Marketing) P. Gopi told The Hindu that the traders were now procuring onion stocks from Kurnool region. "This Kurnool variety is generally not liked much by the consumers due to its mild flavour compared to the Nagpur and Pune varieties. The Nagpur variety is now selling at Rs. 42 a kg in most markets. We are expecting that the prices of both varieties will drastically come down by month end," he said.