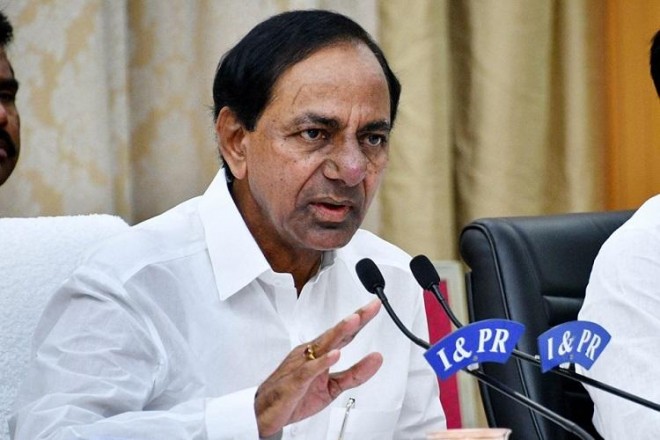 Chief Minister K Chandrasekhar Rao on Tuesday made it clear to district collectors that they should not fix their own priorities. Addressing the district collectors' meeting, he said that the priority for the district administration should be implementation of government policies aimed at the people's welfare and development.

The meeting was attended by ministers and senior officers of all departments along with the district collectors and additional collectors. Rao asserted that in a democratic country like India, bureaucrats are required to implement the decisions taken by an elected government of the people.

"Implementation of the laws, policies and schemes introduced by the government should be given utmost priority. The district administration, especially the collectors, should ensure that the fruits of welfare and development reach the people," he added.

"After the formation of Telangana State, within a short span of time, we have achieved wonderful progress in several sectors. Telangana State stood first in the country in the welfare sector. People's welfare programmes are being implemented in the state at a cost of 40,000 crore," Mr Rao said.

He reminded his audience that there was a severe power crisis in the initial days of the formation of the state but "we got over the power crisis within a short time. It is a proud moment for us that Telangana is the only state in the country which is supplying 24x7, quality power to all sectors in the state. The drinking water problem of the people is totally solved with the Mission Bhagiratha programme."

He told the collectors to organise a 'Panchayat Sammelan' at the district level in the next 15 days to acquaint elected representatives and Panchayat secretaries with how development must be done in the villages and also inform them about the duties and responsibilities of each person.

He said collectors are given 1 core so that they can undertake works that come to their attention.

Mr Rao acknowledged that the state's literacy levels were disappointingly low. "Take a pledge to make the state totally literate. Sarpanches should take the responsibility of turning illiterate to literate in the village," he said.

Collectors too should take responsibility to make their districts totally literate and enter literacy rates in the Population Register and give top priority to improving literacy among Scheduled Castes and Tribes. He advised collectors to help increase the green cover across the state and cities by planting saplings and also told them to take measures to decrease diesel vehicles and increase use of electric vehicles.

He also gave directions to the collectors on issues pertaining to effective implementation of government schemes, timely redressing of public grievances, greater accessibility of the authorities to people and responsible governance and effective implementation of the new Municipal Act and Panchayat Raj Act, besides the proposed new Revenue Act aimed at ending land disputes.