The trawlers killing 5,000 turtles every year 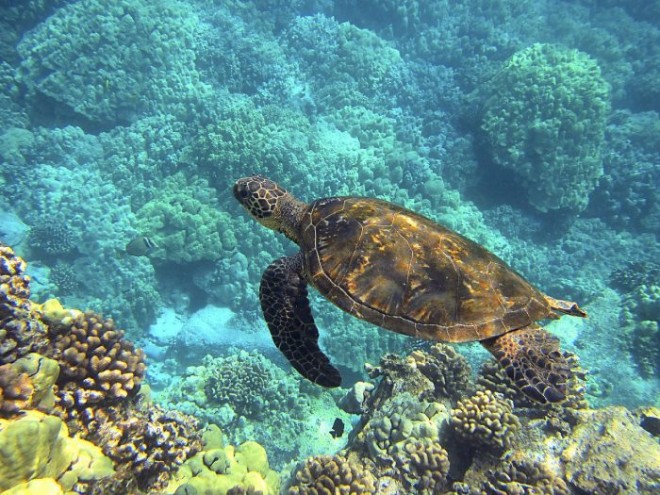 Fishing trawlers are killing thousands of Olive Ridley turtles in the Bay of Bengal, if the carcasses found in Vizag from RK Beach to Rushkonda Beach the last four days are an indication. Three adult turtles were found dead near the INS Kursura Submarine museum on Saturday morning.

This is a nesting ground for the turtle and protected by the forest department. Department sources and wildlife conservationists said on an average, the trawlers are killing 5,000 turtles every year.

Mr Pradeep Nath of the Visakha Society for Protection and Care of Animals said trawlers were violating the Marine Fisheries Regulation Act by not using the Turtle Excluder Device (TED. The forest department claims a staff shortage prevents vigilant supervision. Port authorities should slap a fine and not allow them to sail without TED, he said.

"The nesting commenced last December and will continue till May. February and March are the peak months for nesting. So far we have found 89 nests along the Vizag beach. Last year there were 800 and this year we are to cross 1,200," Mr Nath told Deccan Chronicle.

Expansion of the shrimp trawling in the eastern Indian Ocean since the mid-1970s has resulted in numerous Olive Ridley deaths. Over 10,000 carcasses a year have been counted on the Orissa coast since 1999, Nath said. The Hudhud cyclone was a blessing in disguise as hatchling success improved as the old sand was replaced with new and non-polluted sand.

"While field protection is strong there is the need of simultaneous protection measures of the species. We have decided to increase the hatcheries from three to five to include RK Beach, Lumbini Beach, Jodugu-dullupalem, Peda Nagaya-palem and Tantidi over a span of 60 kms," Nath added.

Despite efforts, fishermen are not opting for the Central Institute of Fisheries Technology designed TED, senior scientist Dr Raghu Prakash R. told DC. It is not strictly implemented for the trawler owners. There is also a lack of incentive to use it.

"We are organizing workshops and awareness camps on use of CIFT-designed TED in association with WWF in Visakhapatnam, Machilipatnam and parts of Odisha on February 18 and February 19 this year," Dr Prakash said.