Rakul matches Sridevi in this point 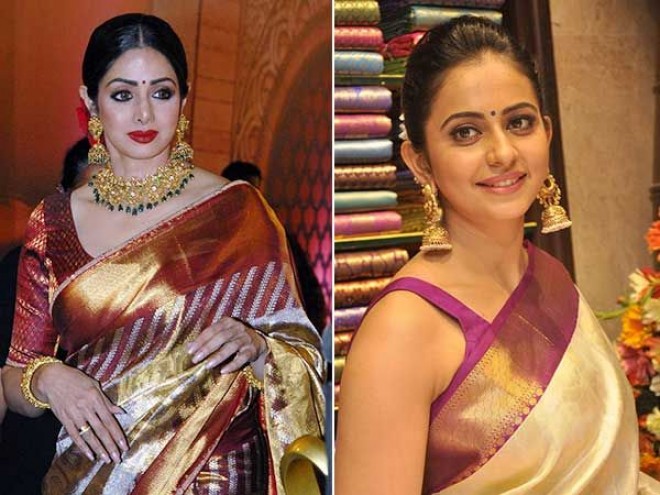 Rakul Preet Singh is one of the leading actresses of south. After Mahesh Babu's 'Spyder', the actress who got settled down in Hyderabad was rarely seen in Telugu films.

Rakul who played a cameo(Role of veteran actress Sridevi) in so-called biopic 'NTR KATHANAYAKUDU' was last seen in Nagarjuna's 'Manmadhudu 2'.

This is particularly about the comparison & matching similarities between Rakul and Sridevi. It is known that, Sridevi who shared her screen space with the legendary actor ANR also made her moves with Nagarjuna in his career beginning. And so, it was always noted that the actress was the pair of father & son as well.

However, Rakul wasn't seen in any other Telugu films from then. She is having a gud times in B-town and grabbing some biggie projects to her kiddy.