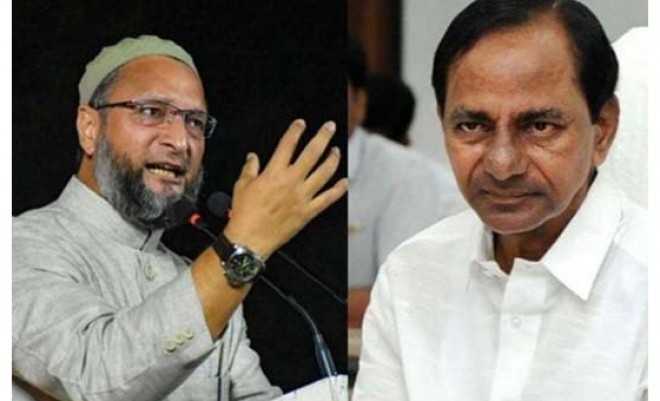 Telangana Chief Minister KCR has requested all the parties opposing National Population Register (NPR) and National Register of Citizens (NRC), to join the rally that is being organized by Asaduddin Owaisi in Nizamabad on Friday.

In an open statement, MP Asaduddin Owaisi thanked the state CM for voting against CAA in the parliament. When the MP was asked if TRS would join Mamta Banerjee to bring more parties together, he said that it was up to the CM to get to that decision.

Despite several states openly rejecting the idea of implementing NRC and NPR in their states, KCR has chosen to remain quiet on the issue. There hasn't been any statement issued by the CM or his party regarding the matter, yet.

Owaisi once again asserted that not many in the country have enough proofs to prove that they're a legal citizen of India and this would put the majority of the citizens in great peril.