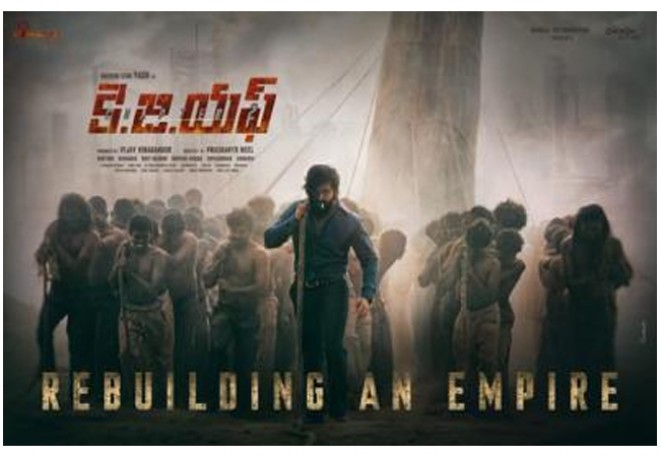 Prasanth Neel took Sandalwood aka Karnataka film industry by storm with KGF chapter one starring Yash. Now the duo are bringing up KFG chapter 2. The team has unveiled the poster of KGF2 and it's kick ass which shows Yash having his own swag.

The poster shows Yash as a guy with who never discriminates himself from other workers of KGF even though he is different from all of them. Well we have to see how the audience receives KGF2. Will it be another Baahubali from South, is to be seen.