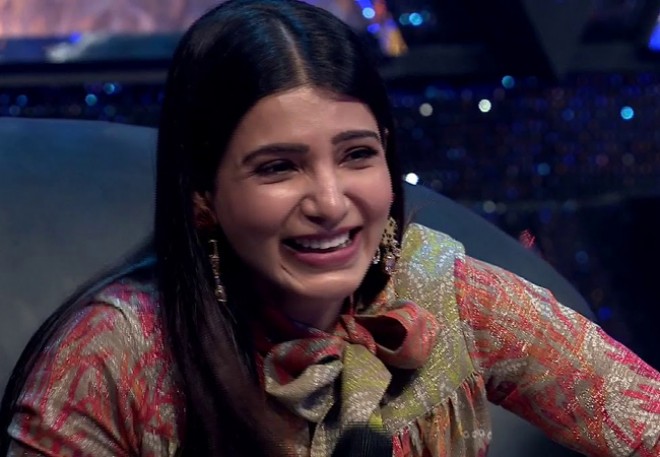 South diva Samantha Akkineni is spreading her wings in Bollywood too. Though she isn't making any straight Hindi debut, but starring in web series, The Family Man 2, her avenues has been opened in Hindi belt. The Majili actress was recently in Mumbai for an event. Interacting with the media, Samantha spoke few words in Hindi adding, "I'm sorry, I know Hindi but won't talk as I'm very South Indian, I'll have an accent but I understand very well I can't wait for the new set of audience to see my work."

On the work front, Samantha will be seen next in the Telugu remake of Tamil film, 96. Titled Jaan, the film has Shatwanand as the hero. Taking to Instagram about the film wrap, she wrote, "And it's a wrap!! Another special film and a role that has challenged me to be better than I was yesterday .. blessed to work with a team that manages to create magic everyday .."