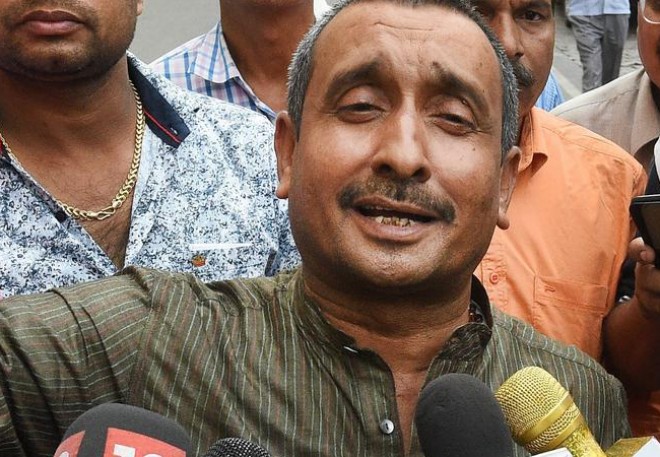 Here is the breaking news that, Expelled BJP leader Kuldeep Singh Sengar has been found guilty of rape and intimidation of minor in the case of kidnapping and rape of a woman in Unnao in 2017.

According to the reports, Kuldeep Singh Sengar was convicted for rape under IPC, POCSO Act for the offence of public servant committing penetrative sexual assault on a child.

The Delhi court, which pronounced the verdict on Monday, said the quantum of punishment will be pronounced on December 19.

District Judge Dharmesh Sharma, however, has acquitted co-accused Shashi Singh of all charges.

Earlier, The Unnao woman was allegedly kidnapped and raped by Sengar in 2017 when she was a minor. Kuldeep Singh Sengar, a four-time BJP MLA from UP's Bangermau, was expelled from the party in August 2019.

The court had on August 9 framed charges against the MLA and Singh under Sections 120 b (criminal conspiracy), 363 (kidnapping), 366 (kidnapping or inducing a woman to compel for marriage), 376 (rape) and other relevant sections of the Protection of Children from Sexual Offences (POCSO) Act.