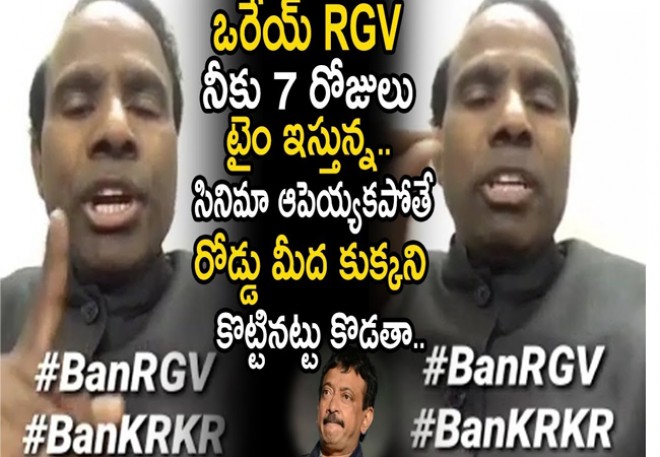 Ram Gopal Varma targeted all the contemporary politicians in the trailer of his upcoming film, Kamma Rajyam lo Kadapa Reddlu.

"Kamma Rajyam lo Kadapa Reddlu is a demeaning movie. I came to know that I was targeted in the film. I am giving RGV 7 days time to stop the release of this film. Or else, he will have to face legal consequences. Also, I have been good friends with Chandrababu Naidu for over 25 years. He won't be quiet if the controversial film shows him in bad light," he said

Well, Kamma Rajyam lo Kadapa Reddlu is slated for release on November 29th. It was said that Paul had already filed a case against the makers of the movie in the high court.

The political drama is based on the incidents that took place in Amaravati ahead of the election in Andhra Pradesh.