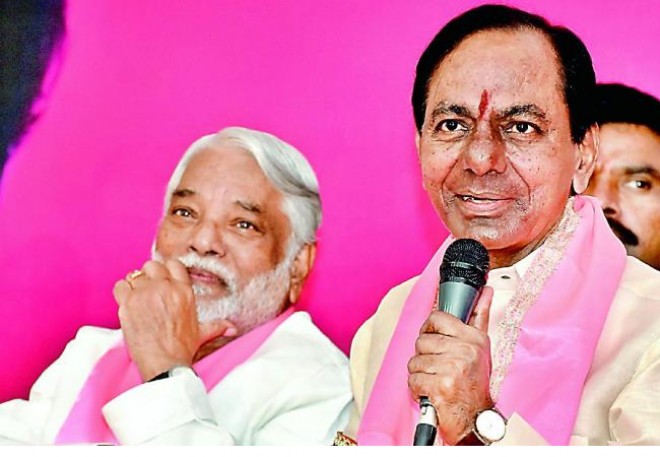 It is already known that Huzurnagar by-election is set to be held on October 21st. TRS candidate, Saidi Reddy and Congress candidate Padmavathi Reddy are busy with election campaigning.

TRS chief K Chandrasekhar Rao will be holding a massive public meeting in Huzurnagar and it was termed as a 'Trend setting' political campaign by a few TRS leaders.

The TRS forces have already completed the preparations for this massive event, which will be held today.

Incidentally, this is the first time KCR is addressing the public after his sensational decision to sack RTC workers. So, the buzz and anticipation around this meeting are very high.

KCR is expected to make key announcements regarding the RTC strike and other government implementations. This meeting will set the tone for TRS's election campaign and it most certainly is a big test for KCR