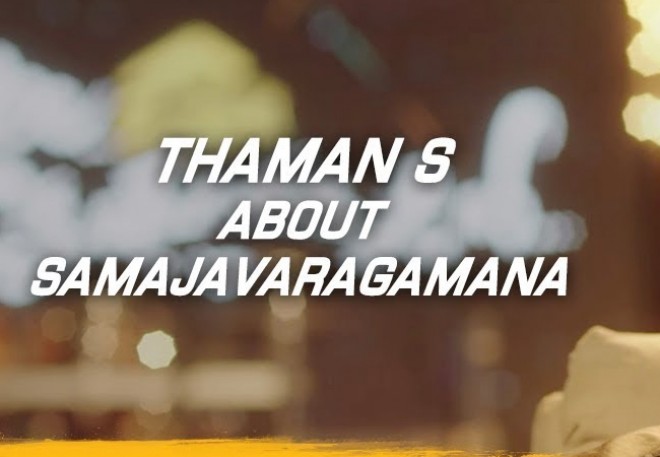 Melodious track Samajavaragamana- the first single from Stylish Star Allu Arjun's upcoming flick Ala Vaikuntapuramlo is out a few days ago. Within no time the song became the chartbuster with its catchy lyrics. The song which has been created as an unplugged version has music by Thaman, vocals by Sid Sriram and lyrics by Sirivennela Seetharama Sastry. The latest news is that Thaman expressed his gratitude to the film director Trivikram Srinivas, music label Aditya Music and all others who are part of the song. He also said that he owes a debt of gratitude to all the music lovers who loved the song.