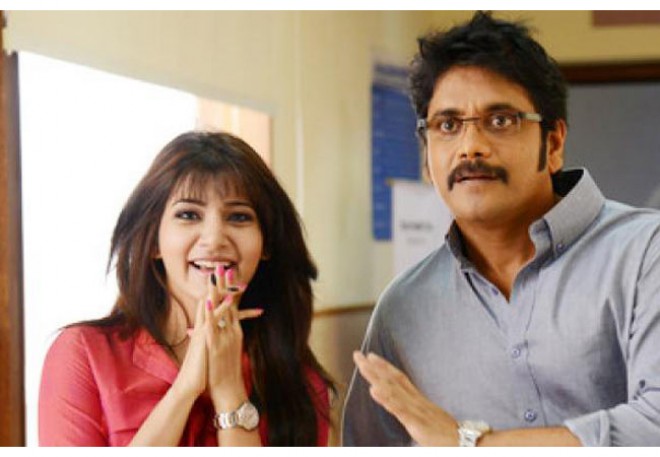 Samantha and father-in-law have been roped in to endorse two opposite detergent brands and it appears like Sam is taking a dig at Nagarjuna's statements in the advertisement.

In the ad, Nag is seen testing and certifying the detergent bar in a laboratory and eventually saying the tagline- 'Use First and Then Believe'. However Sam, in her commercial, says "When people have tested the detergent in lakhs of homes, whats the need to test it in a lab? Why should we ask people to use first and then believe?"

Fans are surprised that the actress has chosen to take such a direct dig at father-in-law on television. Earlier, even Chiranjeevi and Pawan Kalyan endorsed rival brands but they never took a dig against each other despite the heavy competition.