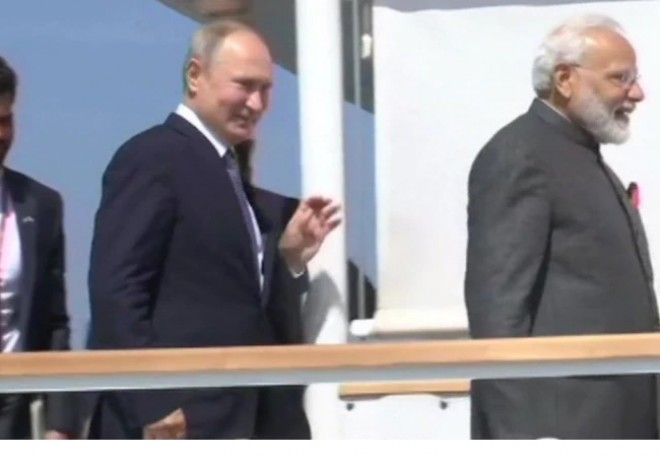 Indian PM Narendra Modi is in Vladivostok on a three-day visit to Russia. As soon as he arrived here, the President of Russia welcomed him and he also came to receive him. PM Modi will hold bilateral talks with Russian President Vladimir Putin and once again the world will see the friendship of both the acting PM's. Modi has created history by reaching here, Narendra Modi has become the first Indian PM to go to the eastern part of Russia.

The special thing is that PM Modi's visit is important not only from the social but also from the business point of view, there is a trade war spread across the world and bilateral relations with Pakistan is also an important issue. Many important issues will be discussed in this meeting.


Speaking to Russian news agency TASS, PM Modi said that "Eastern Economic Forum (EEF) is not just for discussing issues and we were preparing for this forum for 6 months and for this a big representative team from far eastern areas of Russia arrived to meet us. The Far Eastern regions of Russia were visited by the Chief Minister of our states, Union Government Minister and businessmen".