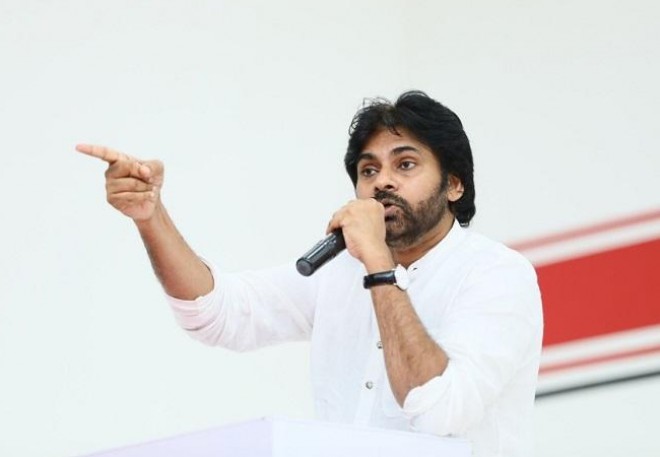 Pawan Kalyan shot down the speculations that he would be merging his Jana Sena party into BJP or any other national party. Pawan Kalyan's Jana Sena was routed in the recent elections. His party won only one MLA seat out of 175 seats in Andhra Pradesh. Pawan Kalyan himself lost in the two seats that he contested.

Even after the worst defeat, he is continuing to strengthen his party from the grassroots. However, for the past few days, there have been rumors that BJP has given him a tempting offer to merge the party into theirs. BJP is looking to become an alternative force in Andhra Pradesh with TDP completely losing the ground.

But Pawan Kalyan has reiterated that he would not merge his party in any other party even if someone forces him at gunpoint. He is continuing his attack on the ruling YSRC government.

Pawan Kalyan recently lent his voice to the teaser of Megastar Chiranjeevi's 'Sye Raa' but he made it clear that he is not returning to films.