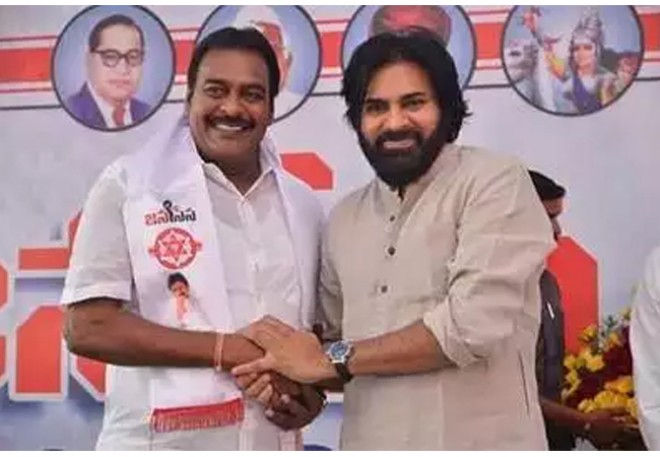 Janasena's sole MLA Rapaka Varaprasad Rao has gotten himself into trouble after a case was filed against him for attacking a police station in East Godavari district.

As said by East Godavari SP, Nayeem Asmi, Rapaka Varaprasad, along with 100 other men, hurled stones at Malikipuram police station. The Razole MLA demanded the SI, KV Ramarao to release his close aides who were caught gambling.

"After the SI refused to release Varaprasad's men, he started throwing stones at the police station and damaged the government property. No one is above the law. We have filed a case against the MLA and necessary action will be taken," the SP said.

In other news, a case was filed against YCP MLA Kotamreddy Sridhar Reddy yesterday after he was accused of attacking a journalist.