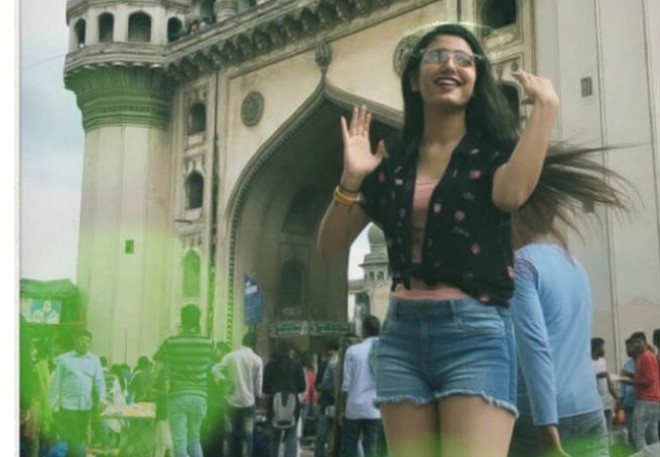 Kerala Kutty Priya Varrier is currently shooting for Nithin's movie. The shoot of Nithin and director Chandrasekhar Yeleti is underway. The shoot is progressing in and around Charminar. Priya Varrier is playing one of the female leads in this movie that also has Rakul Preet Singh.

Priya Varrier is enjoying the beautiful heritage locations of the old city and is updating her social media stream with the photos naming them 'Hyderabad Diaries'.

This is her first straight Telugu film. Priya Varrier is shot to fame with wink act in her maiden Malayalam movie 'Oru Adaar Love', which was also dubbed in Telugu as 'Lover's Day'.