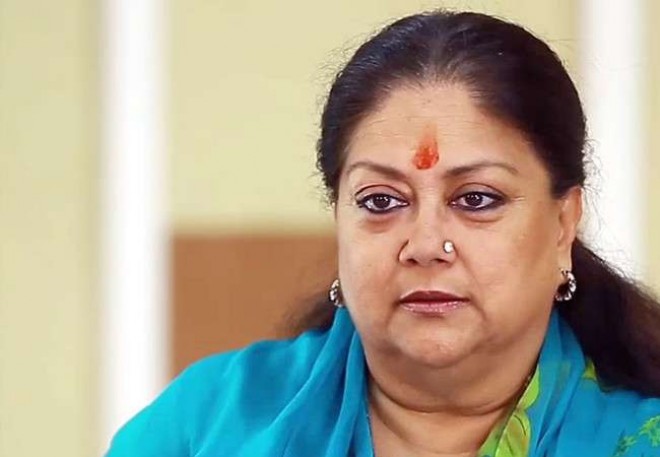 Jaipur: The historic decision of the BJP-led central government on Jammu and Kashmir in the interest of the country has been welcomed by former Rajasthan CM and BJP leader Vasundhara Raje. BJP National Vice President Raje tweeted on Monday. He said in a tweet that it took 65 years to repeal article 370 and 35A. But this historical mistake has been corrected today.

BJP National General Secretary Kailash Vijayvargiya also expressed happiness. He said, "Jammu and Kashmir and Ladakh have enjoyed freedom in reality today." The proposal was brought by Prime Minister Narendra Modi in view of the confidence of the country's voice. The people of Jammu and Kashmir and Ladakh were deeply disturbed by Section 370, but now that 35A has been removed and a resolution to remove 370 has been moved. It will also boost the morale of the army," he said.