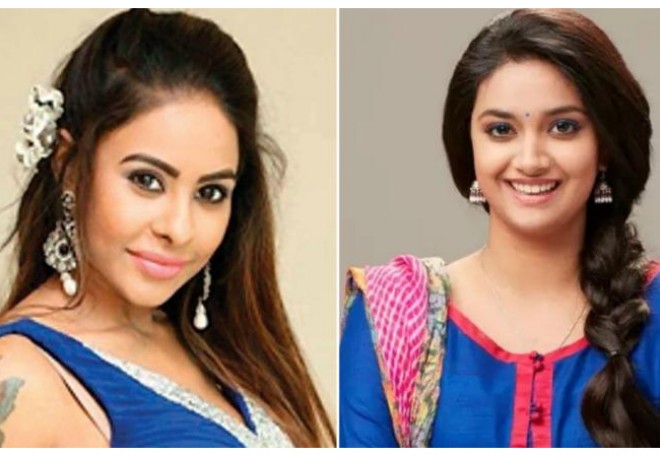 Controversial actress Sri Reddy who had made the headlines by making the allegations on the top stars in Tollywood and Kollywood has been now targeting the actresses and recently commented on Rakul Preet Singh post the release of NGK.


The actress now targeted Keerthy Suresh and made some shocking comments on her and posted saying, She and Keerthy have traveled on the same flight but nobody has recognized her, including her. She has further added saying, everyone else was taking selfies and talking with her and also said that Keerthy was looking like a patient after losing her weight. Sri Reddy concluded saying Keerthy's acting in Mahanati is director teaching power and not her skills.