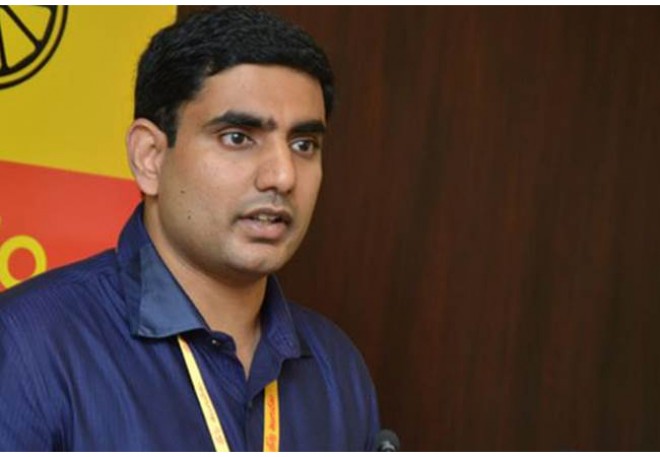 Andhra Pradesh former IT and Panchayat Raj minister, Nara Lokesh made a blunder in his tweet about Telangana formation day and he is being brutally trolled by the netizens.

Lokesh misspelled the Telugu word, 'Sambaraalu'(meaning celebrations) as 'Samburaalu' and eagle-eyed netizens are giving him a hard time on Twitter.

Most of the comments on this tweet are in a sarcastic tone and understandably so.

Nara Lokesh had to face the wrath of the netizens for multiple times in the past for similar reasons, but this keeps occuring again and again.

It is already known that Lokesh recently lost in assembly elections when he contested from Mangalagiri constituency.