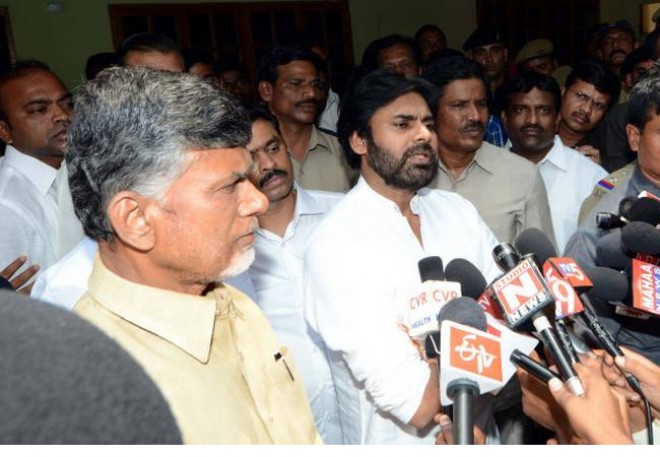 Actor turned politician and Janasena Chief Pawan Kalyan spoke publicly to the media for the first time after the elections in AP. Surprisingly, he took CM Chandra Babu's side in his war with the Centre.

Speaking to the media, he said, "The EC should indeed listen to the leaders and allow for the counting of more VVPAT slip along with the votes in the EVMs. The sizeable number of VVPAT slips should be counted properly."

However the actor denied answering questions about who the next Chief Minister would be or about the expected vote share of Janasena and stated that he does not want any speculation at the moment.