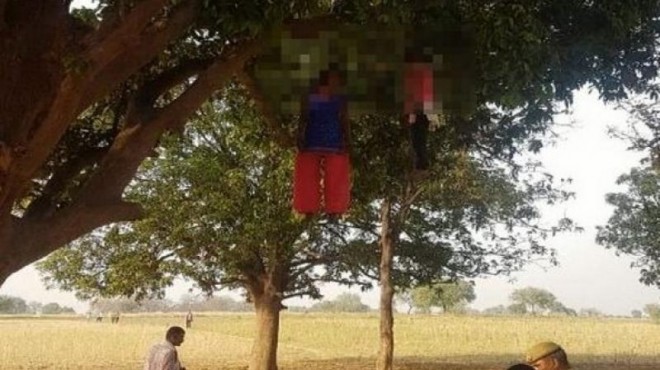 Chitrakoot, Apr 25: Bodies of two minor girls were found hanging from a tree in a village under Mau Tehsil of Chitrakoot district in Madhya Pradesh on Wednesday.

According to police, the deaths in Kataiya Khadar village prima facie appear to be a case of suicide. Chitrakoot SSP Manoj Jha said that the cause of death could not be ascertained. "Prima facie it looks like they have tried to kill themselves by hanging," he said.

The bodies have been sent for post-mortem. The police officer said, "The girls used to work together. They left their home around 1 pm with ropes and were found hanging from the tree around 4 pm at the place which is around 500 meters away from the village."

Further action will depend on the post-mortem report, police said. "We quizzed the family members but they did not reveal the reason behind the incident," the SSP said.