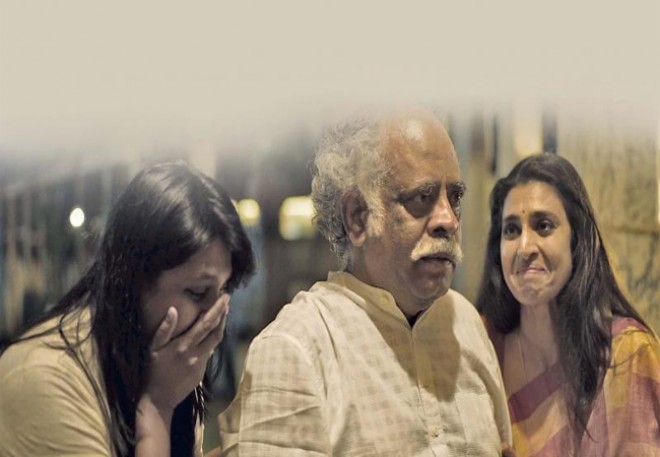 Hyderabad, Apr 24: After the success of Vivekh's crime thriller Vellai Pookkal, which was made by a bunch of US based Tamilians passionate about filmmaking, yet another group including independent filmmaker Ponn Suhir is making its entry in Tamil cinema with a movie titled Nalinakanthi.

Talking to DC, director who has made few independent movies in New York, says, "The title refers to the Carnatic raga 'Nalinakanthi' which cures mental illness. Here in the film, Aadukalam Jayabalan who plays the central character of a surgeon suffers from mental illness and it is a story of a nurse who comes to take care of him and the relationship between them and how society looks at them forms the crux."

Puvisha Monoharan, a discovery of Bala in Paradesi and who did films like Shahrukh Khan’s Chennai Express and a few Kannada movies, is portraying the complex role of the nurse.

Kasturi has been brought on board for a crucial role. "She plays an old patient of Jayabalan and helps to resolve the issues between the nurse and the surgeon. Since she is also in the US, we got in touch with her for the character. She was very impressed with the script and gladly agreed to be part of the film. She has given an excellent performance," Suhir said.

He adds, "Music plays a significant role in the psychological drama. There are no songs, but the background score and instrumental bits accelerate the story. We are introducing Jude Arohanam, a western style composer to helm music".