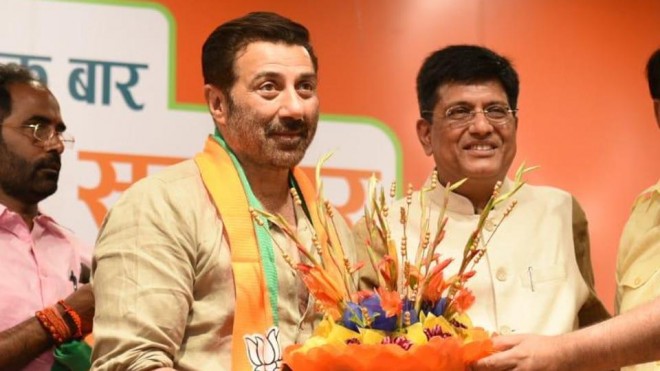 After joining the party, Sunny Deol said, "The way my Papa worked with and supported Atal ji, I am here today to work with and support Modi ji. My work will do the talking."

"Whatever I can do for this family (BJP), I will do it....I won't talk, I will show you through my work," Deol added.

He is the third in the family to join politics - and the BJP - after Dharmendra and his wife Hema Malini. There is speculation that he may be fielded from a Lok Sabha seat in Punjab.

Last week, Deol had met BJP president Amit Shah amid speculation that he may contest from Amritsar or Gurdaspur.

He is known for giving Indian cinema many memorable films such as Betaab, Border, Damini, Gadar and Ghayal among others. All 10 seats of Punjab will go to polls in the last phase on May 19. The results will be announced on May 23.