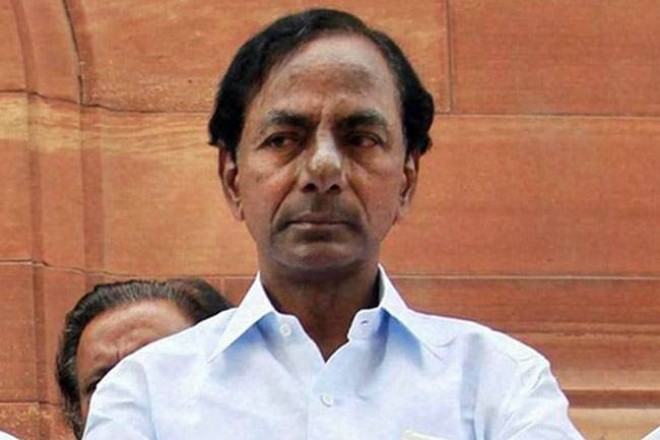 But for Telangana government led by Chief Minister K Chandrasekhar Rao, 10+2 does not appear to hold any significance.

The recent scam which surfaced in the Telangana Intermediate exam results is a classic example to show how 'insensitive' and how 'inefficient' the TRS government is.

Nearly 3,000 Intermediate toppers, who secured more than 90 per cent marks in exams, that is who scored more than 900 marks out of total 1,000 marks in Inter exams this year, were declared as 'failed' by the Inter Board.

This is only the tip of the iceberg. There are several thousands of other meritorious students who were either declared by the Board as 'failed' or scored just above 'pass marks'.

Shocked at this, several students already committed suicides. Over 18 suicides have already been reported from various districts of Telangana since the announcement of results four days ago.

When media dug deep into the issue, it was found that it was the mistake of the Board and not the students. It handed over the job of processing results to a private company, which is ill-experienced.

The result is, the above company declared results making passed students 'failed' and failed students 'passed'.

Thought the scam came to light four days ago hardly anyone from the government, starting from CM KCR to his son KTR or education minister G Jagadish Reddy responded while shocked students and parents are running around Inter Board in Nampally every day to seek clarifications and sitting on agitations to protest the gross negligence of Inter Board.

The Inter Board headed by IAS officer and secretary Ashok initially tried to cover up the issue saying that "it's common for students to fail in exams. Why media is blowing this out of proportion?"

But when media brought to light specific cases of meritorious students who were declared as failed, the Inter board admitted 'guilt' and started rectification measures.

In one instance, a girl from Mancherial district, who scored 96 marks in Telugu paper in Inter first year was awarded zero marks in the same paper in second year. When media highlighted this, Inter board issued revised marks list awarding 99 marks out of 100 to her.

One wonders, how come zero marks became 99 marks all of a sudden in a day. Then it came to light that there are several such victims of Inter board negilgence.

Despite all this, KCR and his government have kept silent showing pure disdain (or) lack of concern towards students and their parents.

For KCR's government, this is not new. When EAMCET scam surfaced three years ago, where question papers were leaked and sold like hot cakes in the market, KCR made tall claims of initiating tough action against the culprits. He ordered CID inquiry into the issue.

After three years, no one knows about the fate of this case. Either anyone punished or any cases booked against the guilty.

Students and parents are now cursing themselves for electing such a negligent and irresponsible government, which cares a damn towards the future and interests of students or any other sections.