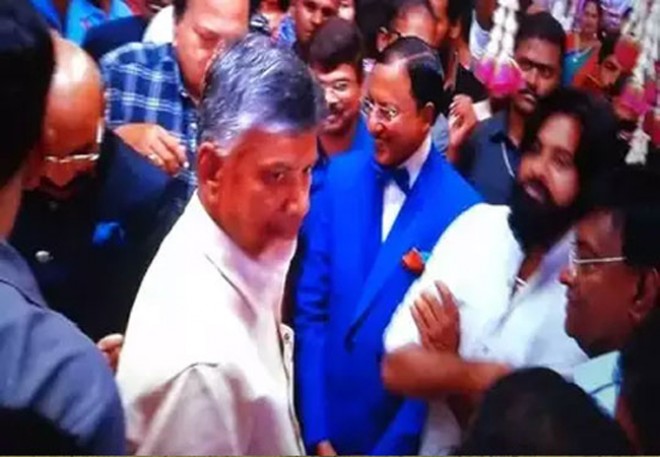 Hyderabad, Apr 21: Pawan Kalyan and Nara Chandrababu Naidu came face to face at the wedding ceremony of Ramoji Rao daughter's wedding today. What followed later is currently one of the most talked about topics in Andhra Pradesh.

Pawan and Chandrababu shared a friendly interaction and YCP forces are claiming that the secret truce between the duo has been exposed.

Janasena and TDP forces are saying that it is only normal for two political leaders to greet each other in public and there is nothing wrong in it.